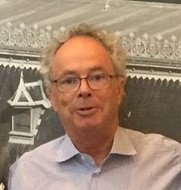 Mr. Michael Hennessy is a senior expert in regulation who has over 30 years of experience in the telecom and broadcast sector gained in senior positions with major mobile operators, the Canadian telecom and broadcast regulator (the CRTC), and in industry associations in communications and media.

As Director General, Competition, Convergence and Social Policy at the CRTC, he was involved in liberalization and deregulation of telecommunications and helped to establish a convergence strategy built around cable/telco competition, reducing market power and anticipating the impact of the Internet on old regulatory frameworks.

At TELUS, (one of 3 largest mobile and broadband operators in Canada), he had overall responsibility for all regulatory and government affairs as Senior Vice-President, Regulatory and Government Affairs. He played an active role in the development of broader public affairs media strategies built around TELUS' achievements in advanced network deployment, community investment and customer-first strategies from telephony to wireless to broadband and broadcast distribution. In this area he was heavily involved in key policy debates around auctions, spectrum caps, net neutrality, vertical integration, and universal service.

Before this, he was also Vice President of Broadband and Broadcast Policy at TELUS, tasked with helping to develop a content strategy for the company as it entered the broadcast distribution market, over IPTV and satellite platforms.

As Vice-President, Government & Regulatory Affairs for Bell Mobility, (one of 3 largest mobile operators in Canada), his key responsibilities were to work to limit regulatory intervention into what was still a nascent mobile industry, and to provide support to Bell Mobility sales teams.

Mr. Hennessy has also served as both President and CEO of the Canadian Media Producers Association (CMPA) and the Canadian Cable Telecommunications Association (CCTA), as well as on numerous boards of directors for organizations in the broadcast, media and IT sectors.

Mr. Hennessy holds a Bachelor of Arts from Carleton University in Ottawa, Canada.